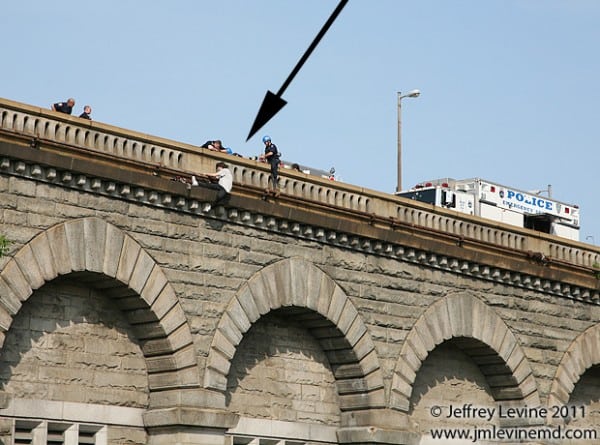 I carry my camera around Manhattan, especially on weekends when my wife and I go adventuring around the City.  Sometimes when conditions line up correctly I might get some interesting shots.  This occurs when the light is right, my battery is charged, and I remember to insert the memory card. 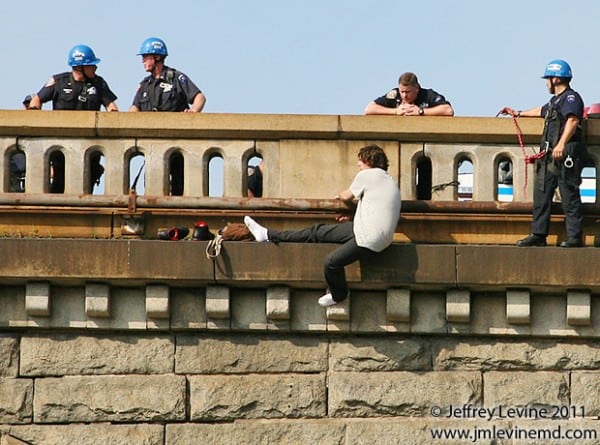 The Sunday of Memorial Day weekend was beautiful and sunny, and we decided to walk across the Brooklyn Bridge and go sightseeing on the other side of the East River.  We didn’t anticipate our trip to be punctuated by police drama and a brush with potential human tragedy. 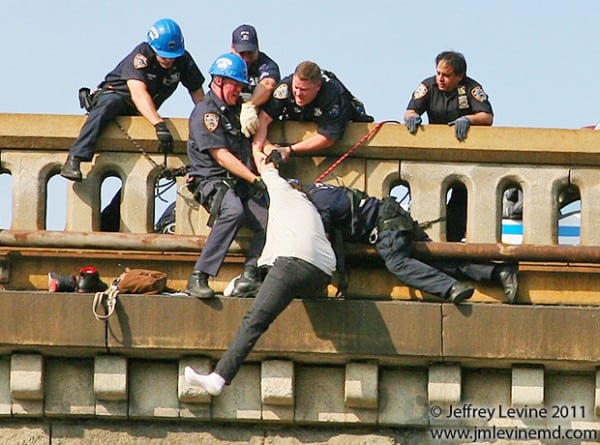 We were down by the Fulton Landing when we noticed police boats pulling up by the dock, and an NYPD helicopter overhead.  A crowd was gathering nearby and we went to take a look. 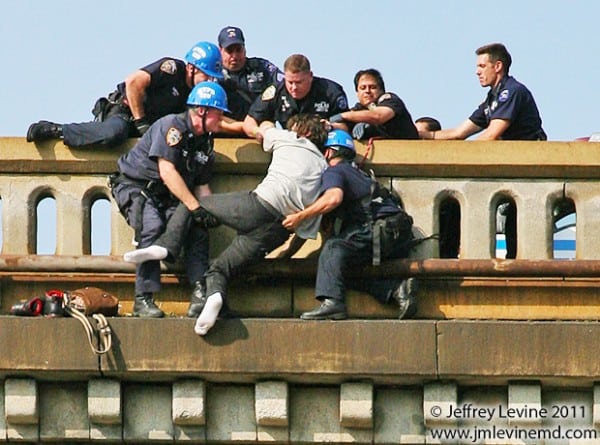 A man was sitting on the ledge of the bridge, on the wrong side of the brick guardrail, clinging to a pipe.  Below him was a sheer drop of several hundred feet to a parking lot.  The Brooklyn-bound traffic was halted by rescue trucks and police cars. 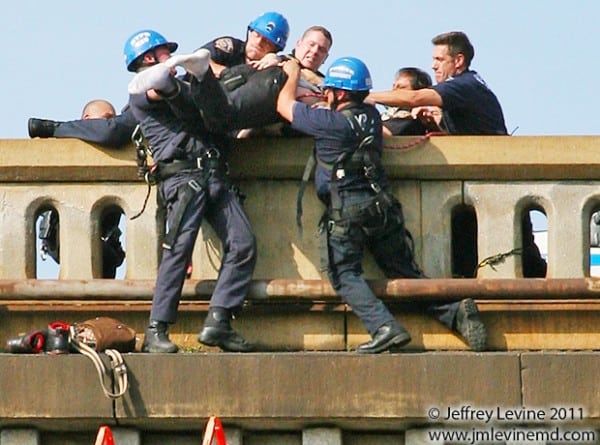 We watched as the police tried to seem nonchalant, chatting with him over the railing, their body language relaxed and informal.  This went on for about fifteen minutes after we arrived.  One cop went over the side and stood on the ledge, trying to look casual.  He was wearing a harness to which a red rope was strapped. 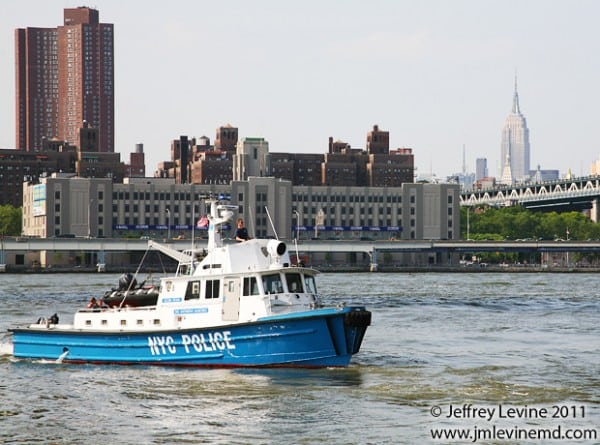 In a flash they sprang to action, and the man clearly put up a fight, perhaps wanting to take some police with him over the side.  It took five seconds for six burly officers to swing him over the ledge and back to safety.  The crowd below burst out into applause.  I managed to get the shots of the critical moments when this disturbed man’s life was saved. 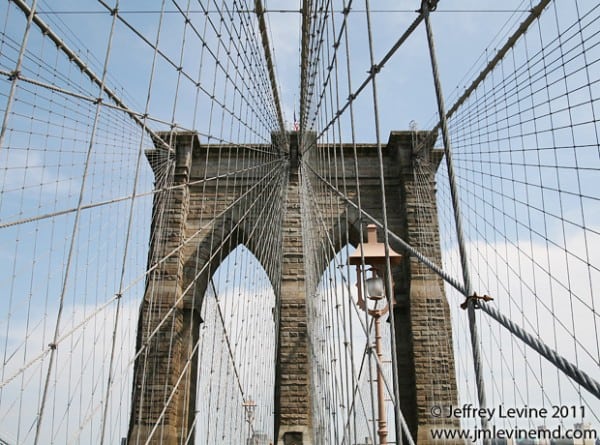 Since this event I learned that the Brooklyn Bridge is the site of more suicides than any other bridge in the City.  One retired NYPD officer estimated that up to 155 people per year threaten to jump from the Bridge.  Whatever motivated this man to attempt suicide, whether mental illness or psychic pain, I hope he is getting the right treatment.