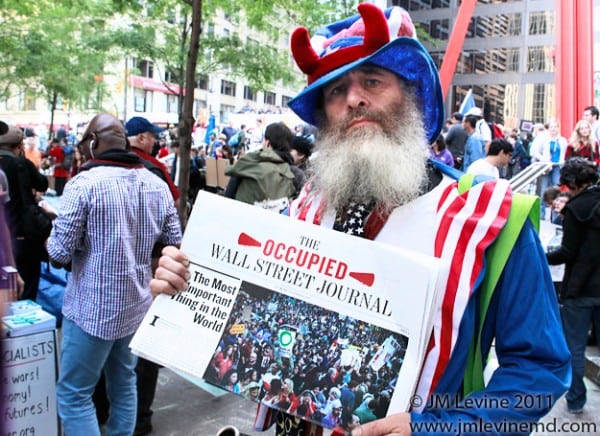 There’s been so much press about the goings on downtown that I went to see for myself and share some photos on my blog.  I took the subway to Wall Street, and once I got off the demonstrators were not hard to find.  They started occupying Zucotti Park in September, and the movement has grown and attracted national attention, spurring similar protests in other cities. 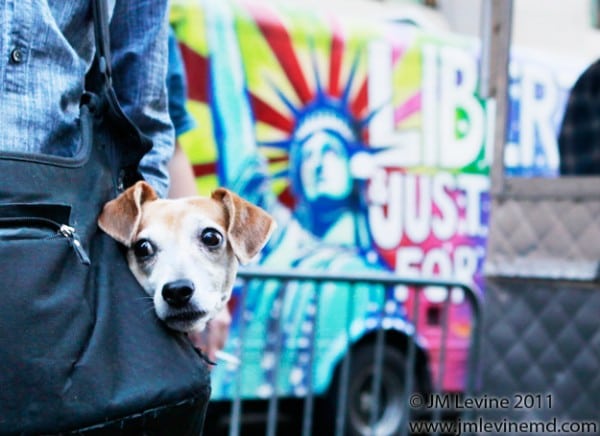 Hundreds of people were staked out in the park.  There were children and elderly people, and veterans of several wars.  There were dogs, cats, bankers, winos, weirdos and tourists.  There were Buddhists, Christians, Muslims, and Jews.  There were reporters, photographers, evangelists, union representatives, and people selling shwarma, and of course, the NYPD.  Many seemed to be taking their mission very seriously, giving interviews and making posters, hats, and banners, while others just relaxed smoking cigarettes or snoozing.  Still others snuggled in shared sleeping bags. 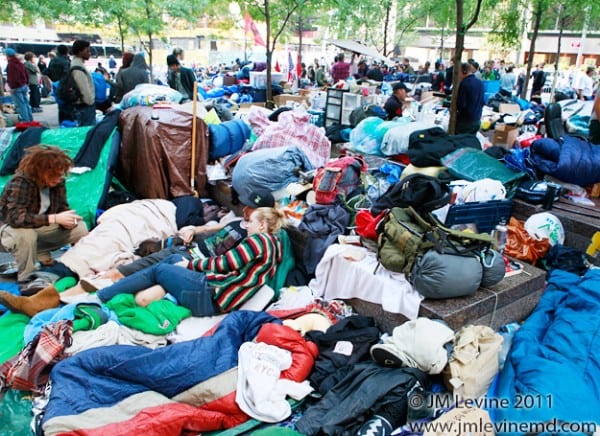 Initially it looks like chaos, but if you pay attention you can see the demonstrators had organized stations offering clothes, internet, placards, books, music, hand-rolled cigarettes, balloon hats, and meditation.  Every space in between was covered with sleeping bags, people making art and music, and trash.  There was even a placard signed by my favorite street artist, De La Vega. 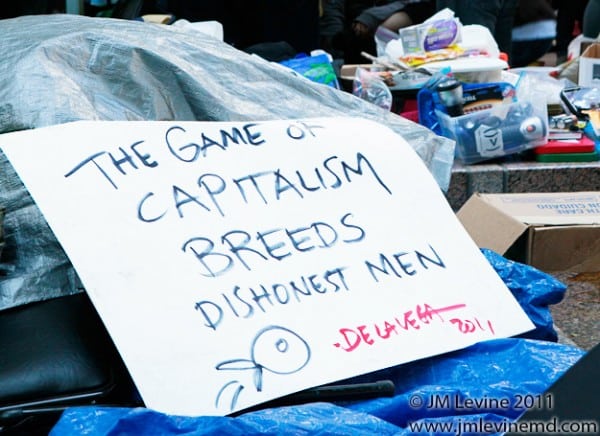 What are they protesting?  It looks like a lot of things, but mainly the economy, jobs, and economic disparity between rich and poor.  I spoke to one Viet Nam veteran who said, “We are bankrupting our country and it’s about time the kids are on the streets.  If there was a draft to go to Afghanistan they would have been out here long ago.” 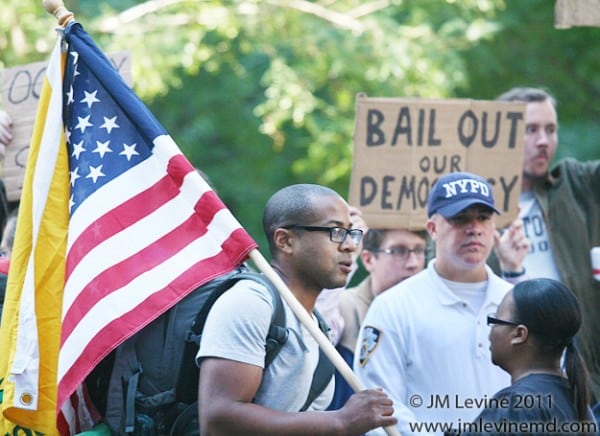 Another theme is the protest against corporate America, but I couldn’t overlook the irony of many Dell and Apple computers, Coca Cola bottles, Verizon cell phones, and lines for Burger King. 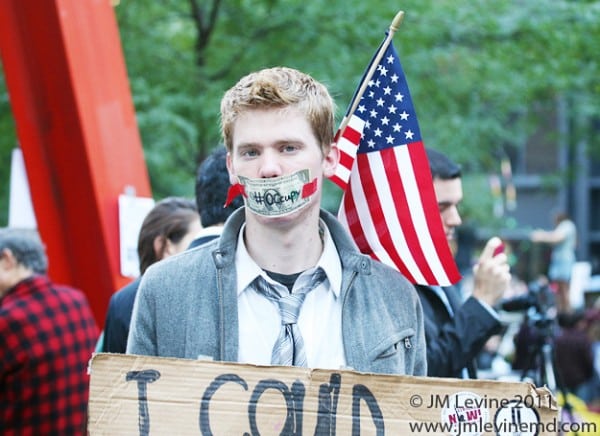 The press has characterized this as a youth movement, but I was surprised to see the diversity of age among the protesters.  I saw a lady with a walker who was having a great time, and when I photographed her I asked her to flash the peace sign.  But she refused, replying, “That’s so yesterday!”