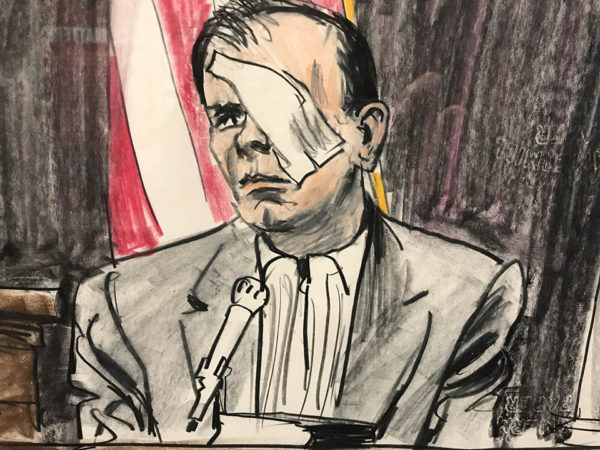 This is a message to sketchers and those interested in the underbelly of New York City history:  RUN DON’T WALK to the exhibit currently running at the Anya and Andrew Shiva Gallery at John Jay College of Criminal Justice until February 2, 2018.  The show is entitled Rogues Gallery: Forty Year Retrospective of Courtroom Art from Son of Sam to El Chapo.  For sketch enthusiasts and tabloid fans, this is a bonanza of faces and techniques executed on the spot in court. 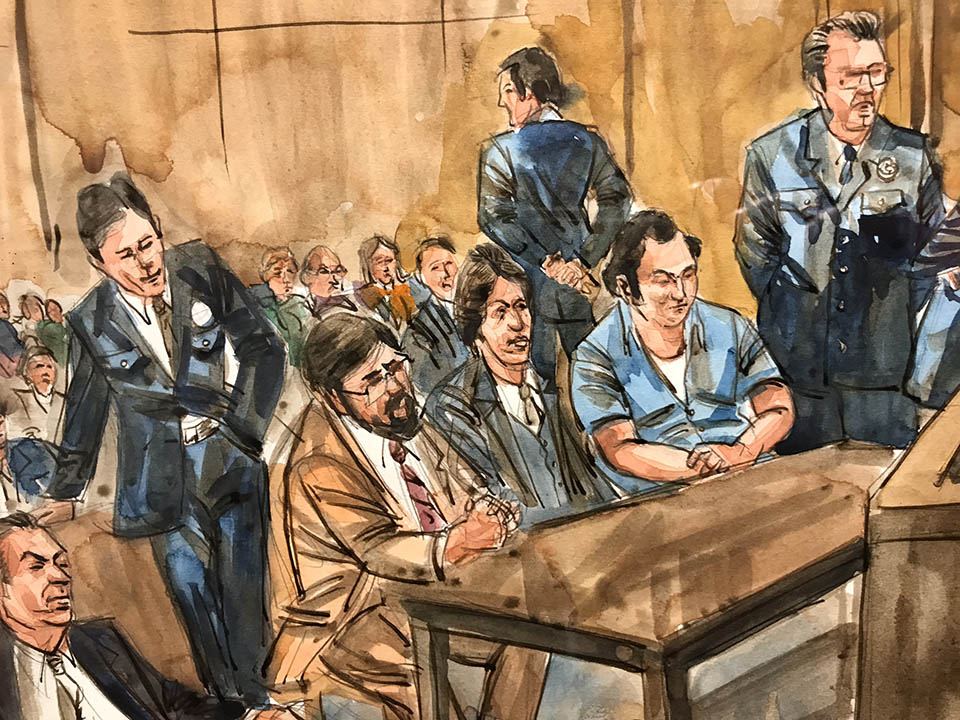 There are 78 large-scale sketches by three professional courtroom artists: Richard Tomlinson, Aggie Whelan Kenney, and Elizabeth Williams.  The amazing skill of these artists, and expressiveness of the sketches is totally enjoyable to see up close and learn from.  Techniques include watercolor, gouache, pen and ink, pastel, charcoal, and markers.  There is a free catalog with bios of the artists and background info on each sensational trial sketched. 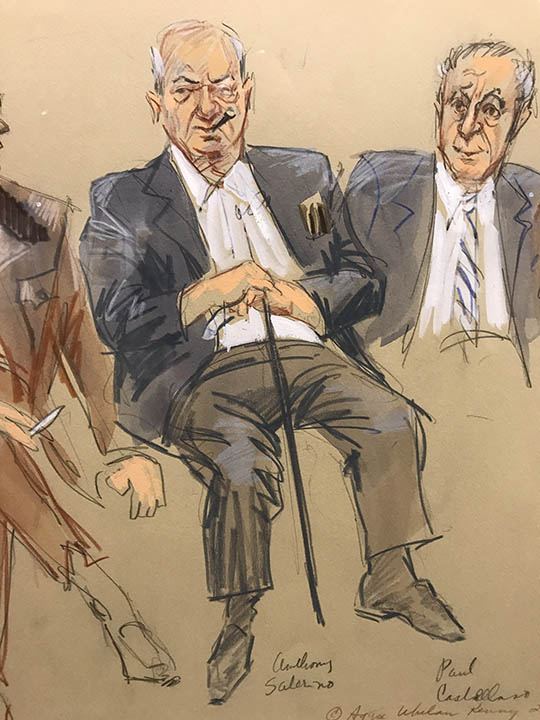 The sketches brought back memories of a City that once was.  A typical example is the trial of Bernhard Goetz, who shot four black teenagers with an unlicensed handgun in the subway.  It was December 1984 – the year I moved from Orange, New Jersey into my brownstone walk-up on West 90th street. 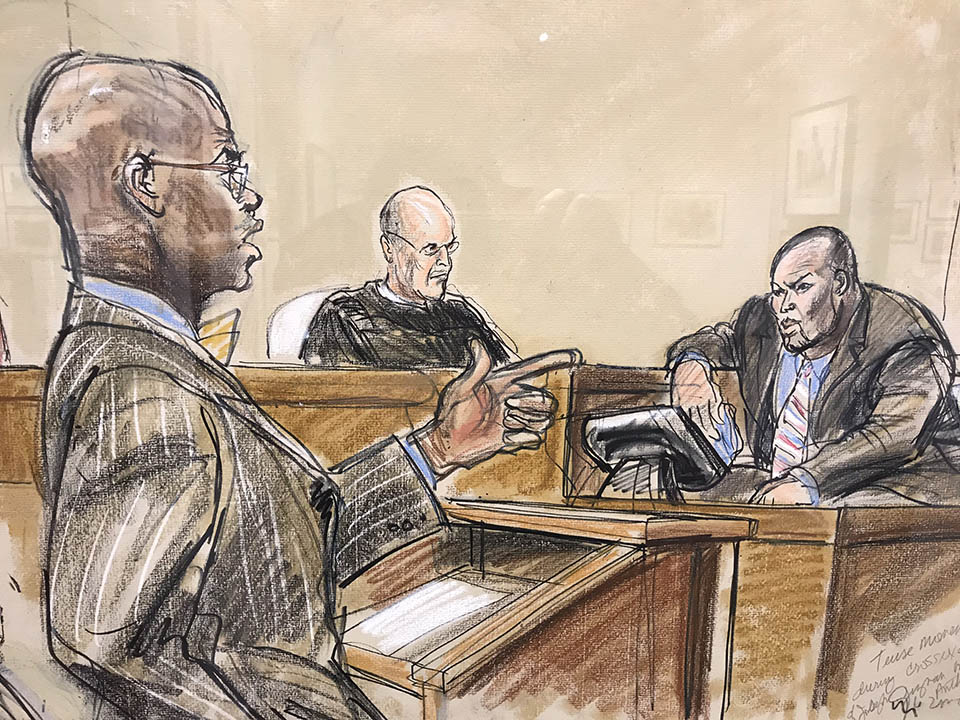 Rogues Gallery runs until February 2, 2018 and is free.  The gallery is located on 524 West 59th Street near 11th Avenue, and is open to the public Monday – Friday, 1-5 PM.  Sketchers, don’t miss this one!  If you can’t make it, I took pictures that appear on this post and present a small sample of the work.

A Sketch of my Nobel Prize Winning Professor

The Ticket that got me Through Medical School