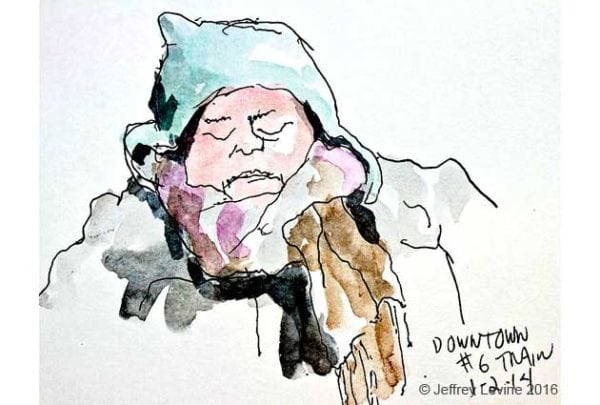 When one rides the subway, particularly the local, time is marked by the staccato passage of stations punctuated by announcements and the in-and-out rush of commuters as the doors open and close. I recently began carrying my sketchbook on my commute to work and noticed that sketching can make time disappear. My observation brought understanding of the right side of the brain, and connected me to an essential concept in Zen Buddhism. This is how it happened. 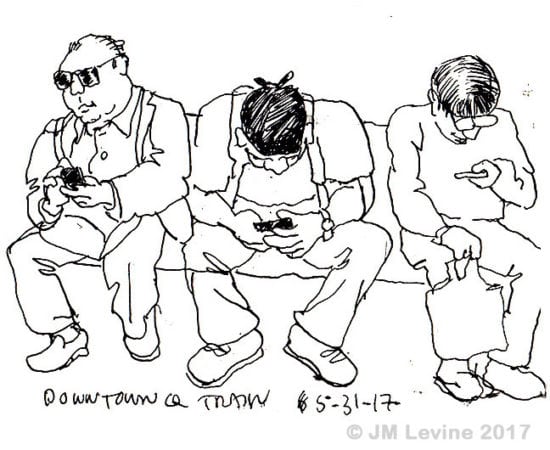 It took a few sketches to notice this phenomenon but first I should describe my routine. As I enter the car I scope out a seat opposite an interesting looking person. I take out my sketchbook and render a likeness as quickly as I can, trying to stay unnoticed in my efforts. The biggest challenge is to capture a gesture or expression before my subject gets up to exit or the view is blocked by another commuter. If I am lucky I might have time to use my watercolors to throw in come color on the fly. 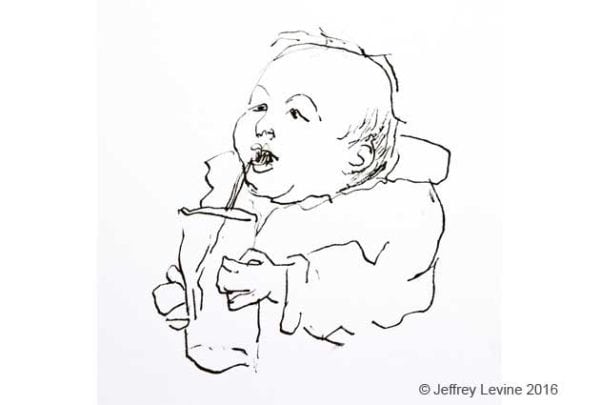 After completion of each sketch I noticed that I had no clue where I was on the subway line and had lost complete track of the stops. Occasionally I was startled to find that I arrived at my destination with no awareness of any of the stops from when I began the sketch. I realized that I had experienced the disappearance of time which is a hallmark of the left-to-right brain shift. 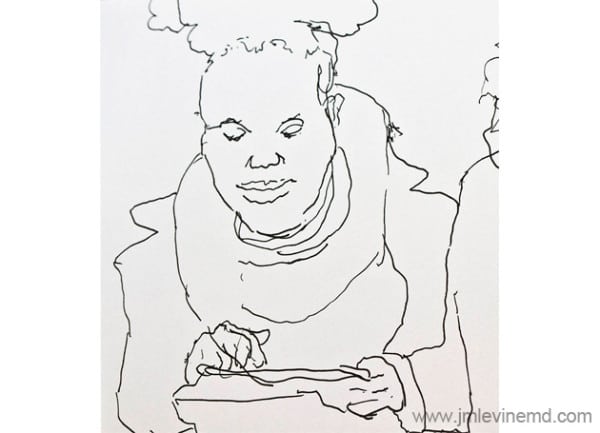 The left-to-right brain shift is a well known phenomenon, and when one is dwelling in right brain mode there is no measurement of the passage of time and sound is tuned out. Alertness and clarity of mind replaces the cacophony of the underground, and a pleasurable state of relaxation takes place. 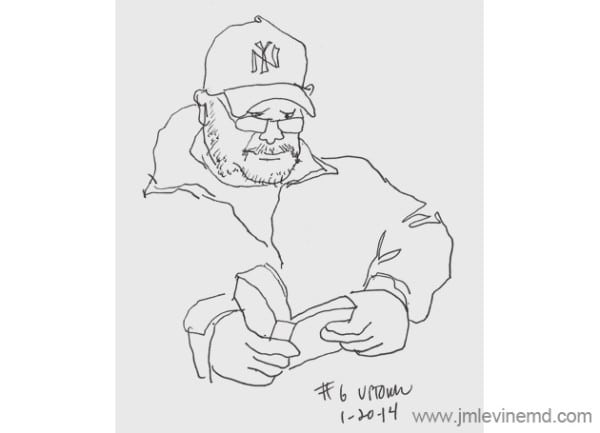 There is an important concept in Zen Buddhism called wu-hsin, loosely translated as “no-mindedness,” and the kanji script for these words is at the right. This is the contemplative state of giving up all subjective feelings and individuality and allowing the mind to react and perceive without conscious control. I noticed that my best drawings and paintings are produced when this frame of mind is reached. 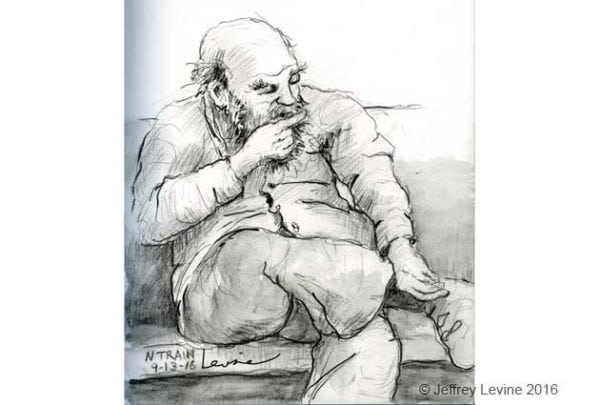 So by taking my pen and sketchbook into the subway I received insights into neurophysiology and Eastern philosophy. Sketching caused a shift in brain function resulting in the disappearance of time and connection to an intuitive state that blocked out words and sound. This might not be the safest thing in the NYC Subway and I therefore don’t recommend it for everyone. Sketching and other creative endeavors however, are recommended to anyone seeking improved presence of mind, particularly in today’s over-wired world of constant distractions.

An excellent reference for this topic is Drawing on the Right Side of the Brain by Betty Edwards.