Capturing A Moment of Inspiration in Maine’s North Woods 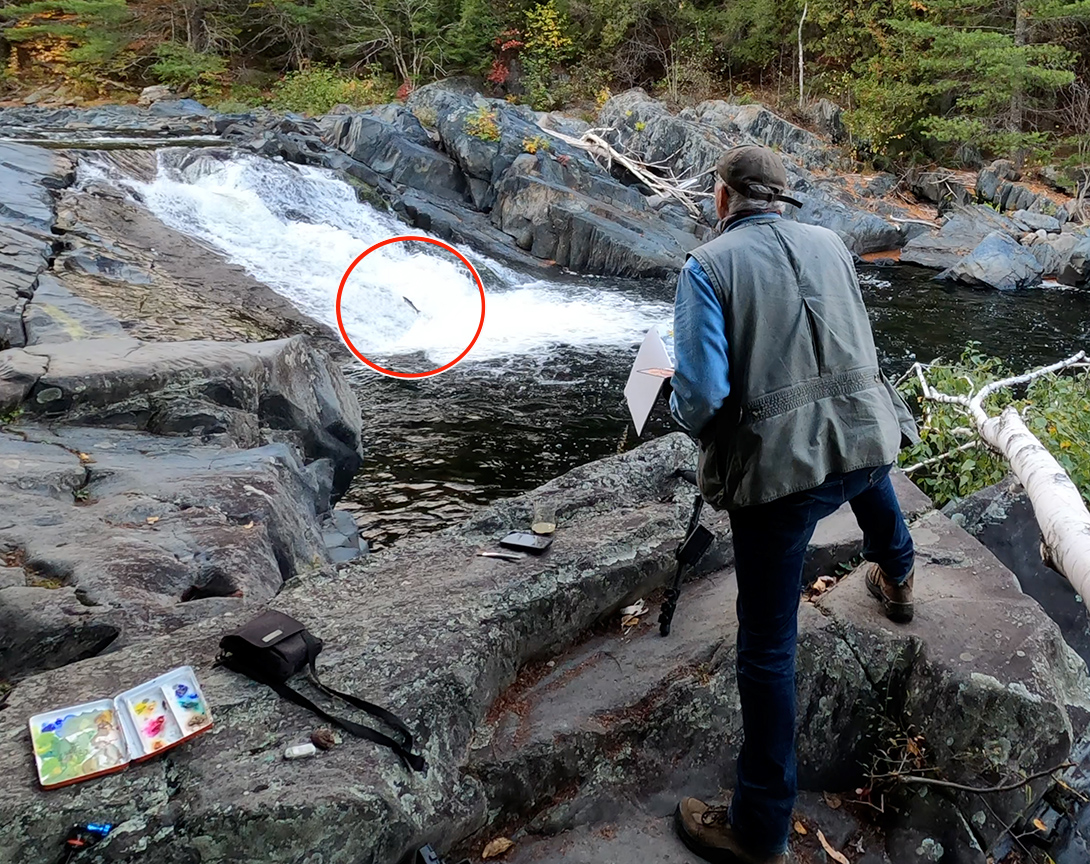 Plein air painting in Maine’s North Woods during the Fall season was exhilarating, but I was totally awed when catching a glimpse of the endangered Atlantic Salmon leaping upstream to spawn.  My agenda included painting a waterfall, and while asking directions a local fisherman told me about salmon sightings at Toby Falls on Big Wilson Stream in the town of Willimantic.  The next day I was there with my sketchbook and paints.

Big Wilson Stream is known for kayaking, rafting, and fly fishing.  In the middle of my painting my heart skipped a beat when I saw a leaping fish in a moment that was caught on video in the screen shot above.  Witnessing this endangered creature’s determination trying to get up this cascade left me breathless at nature’s strength and perseverance.

The Atlantic salmon are specially adapted to live in both fresh and saltwater.  They spawn in freshwater streams, then migrate to the ocean for one or two years before returning to fresh water to mate and lay eggs.  On their return, the fish navigate long distances, going upstream through winding rivers and streams.  Toby falls is roughly 120 miles to the ocean – an amazing journey for this fish. 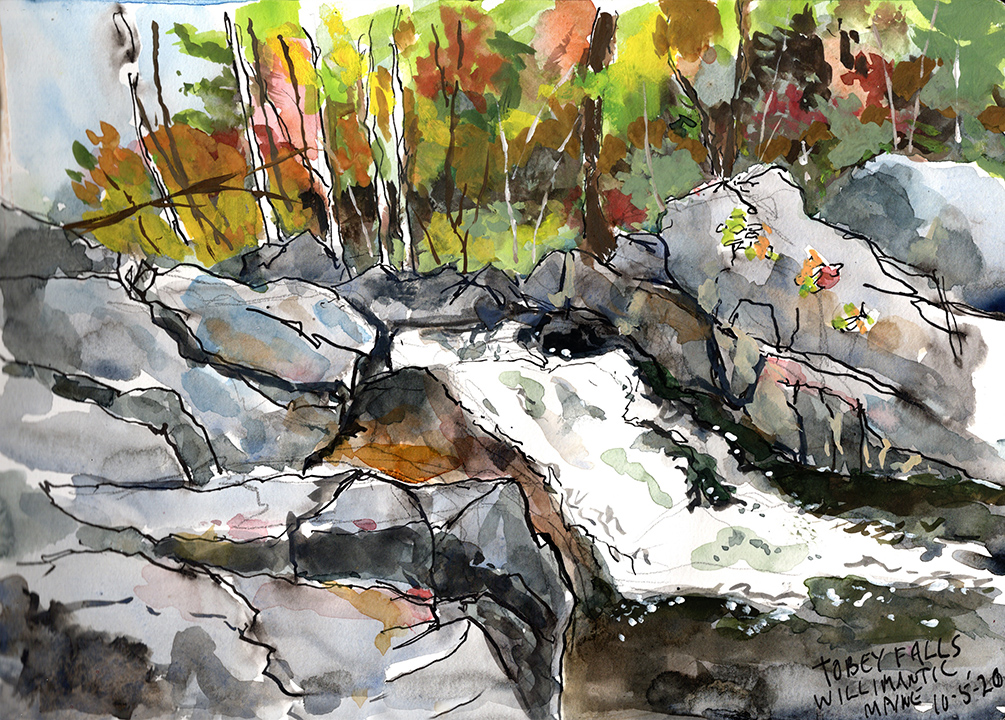 Native to the North Atlantic, salmon once ran thick in the rivers of New England and were a staple food for indigenous cultures, but the industrial revolution brough devastation to the salmon population. Habitat destruction, acid rain, pesticides, industrial pollution, and dams have taken a cumulative toll on Atlantic salmon, and they are now a protected species.

When making art I oftenfilm the process.  Watching the painting evolve helps improve my technique, and takes me back to the moment of inspiration.  In this case I used a GoPro fixed with a clamp to a tree branch, and had the luck to capture a leaping fish while the painting was in progress.

Rachel Carson said in her book, Silent Spring, “Those who contemplate the beauty of the earth find reserves of strength that will endure as long as life lasts.”  I came to the North Woods to revive my spirit after weeks of Covid lock-down in New York City.  My experience with nature and art was a success, and I returned to my home in the City with new inspiration and a painting that reminds me of the awesome powers of nature.

Watch the video of my waterfall painting on YouTube