Sketching An Encounter with WWII History in Maine’s North Woods 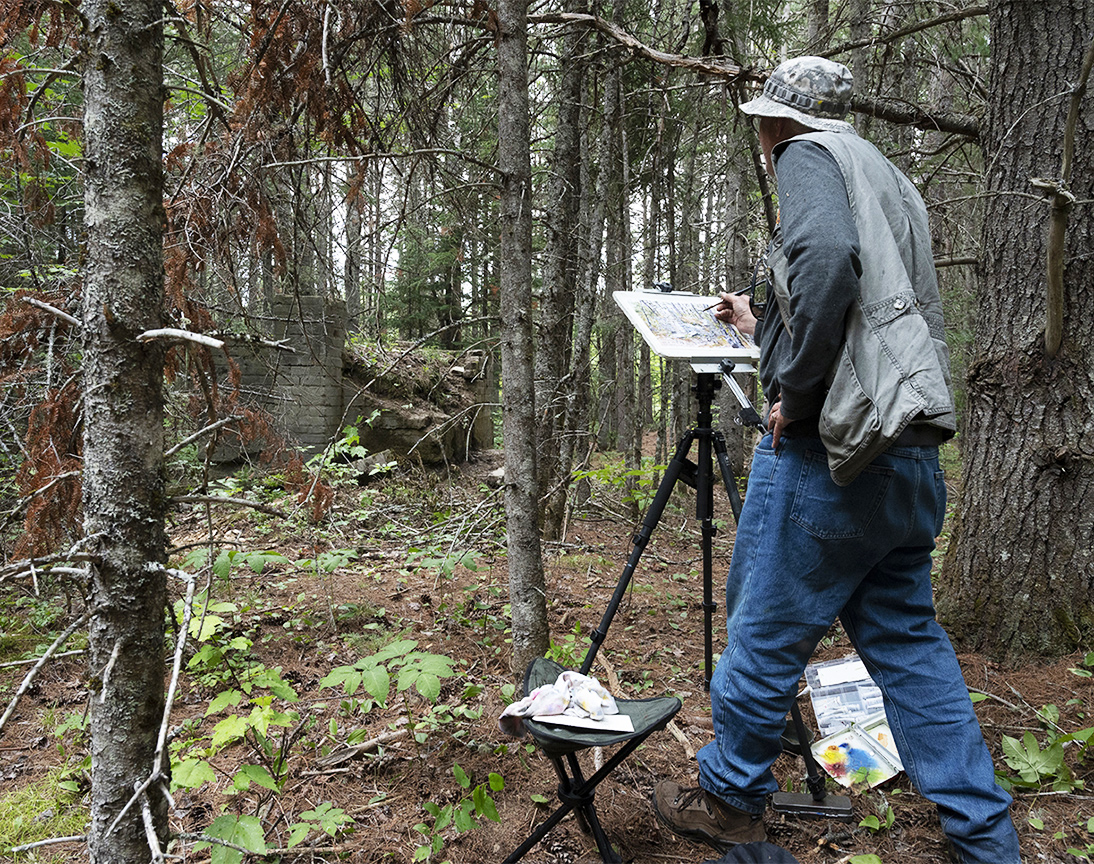 Driving the country roads in the North Woods of Maine looking for places to paint I did not expect to come face to face with a historical episode from World War II.  Yet that is exactly what happed when I learned of the remains of a prisoner of war camp hidden away in the North Woods.  After questioning local residents regarding the location and safety of the roads, I set off to find it.

As WWII raged in Europe, Allied countries were running out of space to house thousands of German POWs.  At the same time, there was a labor shortage in America because so many young men were fighting on foreign shores.  A solution was to bring POWs to the United States and put them to work, and tens of thousands were placed in camps across our country.  Four were established in Maine with the purpose of assisting farmers and cutting trees for the lumber industry. 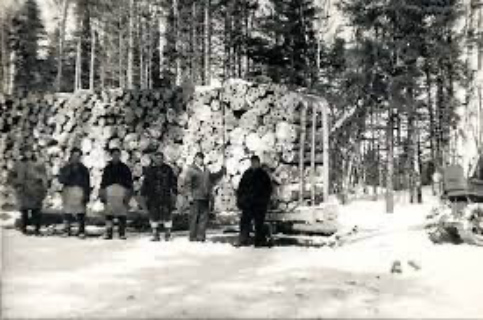 The camp I visited was in Hobbstown Township and known as the Spencer Lake POW Camp.  Established in 1944, it handled roughly 300 prisoners who were provided food and housing, and were actually paid as much as a dollar a day.  History tells us that POWs in Maine were treated better than neighboring Native Americans who lived in abject poverty.  Escape from this isolated camp was virtually impossible, but this didn’t stop an attempt by three prisoners who were quickly captured in the winter of 1945.

The turnoff was 20 minutes south of Jackman on Route 201.  Reaching the camp involved driving twelve miles along a dusty logging road, pulling over when a lumber truck came barreling in the opposite direction.  The site was marked by a small sign, and there was only one remaining brick and concrete structure that might have been a cooking facility.  A stone monument was placed by schoolchildren in 2007 as a class project. 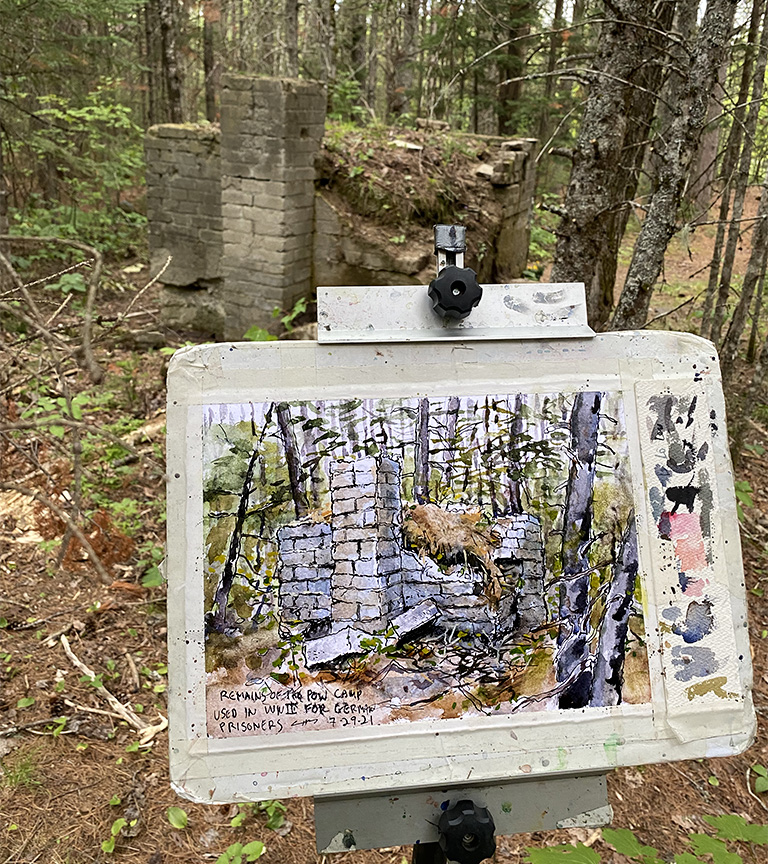 Mosquitoes bombarded me as I set up my easel and paints.  I rendered the ghostly old building with pen and ink followed by watercolor wash with touches of gouache.  Plein air painting is generally a peaceful undertaking, but I couldn’t escape the specter of history that permeated the lonely forest that surrounded me.  After little more than an hour and a half I considered my painting complete.

As hard as we try to forget painful moments, it is sometimes difficult to escape our past.  However, learning about the past can give insights into our present and offer perspectives on how lucky we are to live in America. I am thankful that my pursuit of art has brought me to appreciate places such as this.

Article in Smithsonian Magazine, September 15, 2009.
Entry in the Maine Encyclopedia.
Article on treatment of Native Americans from the Bangor Daily News.
Article on escape attempt from the Spencer Lake POW camp.