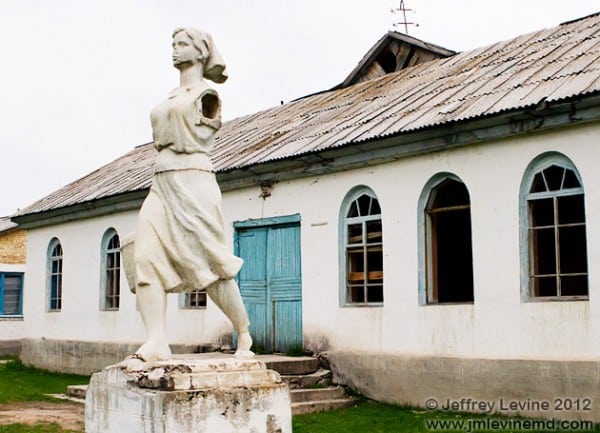 Kyrgyzstan has been independent for over two decades, but I saw many signs of the communist regime on major streets and back roads. Grim Soviet-style war memorials are regular roadside features. The massive statue of Lenin, once at the center of a main square in the capital city of Bishkek has been moved to a less prominent location behind a museum. Others such as a tacky mosaic in a park were simply left to decay. Out in the countryside near Karakol there was a gloomy abandoned theater with broken statues featuring idealized youth, and not far away was a massive abandoned shoe factory. These structures looked haunted, and brought back faded memories of my home town in New Jersey. 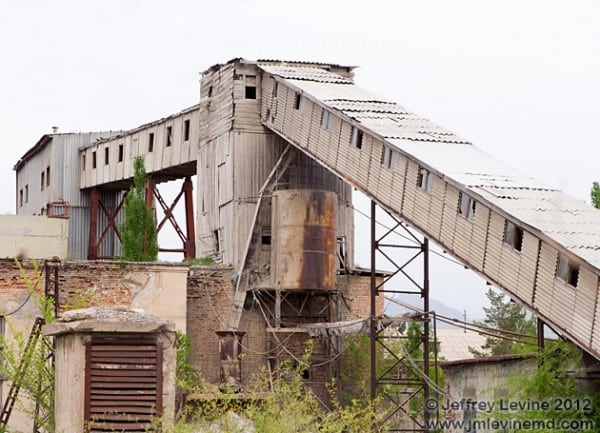 Central Asia is the land of the Silk Road, Marco Polo’s explorations, and nomads living in yurts. Several countries across this region became independent with the collapse of the Soviet Union, but many signs of communist rule are still around. In May 2012 I went to Kyrgyzstan to photograph aging, and noticed these powerful historical relics that dot the scenery. I was intrigued by the shadows of this regime, and photographed as many as I could find. 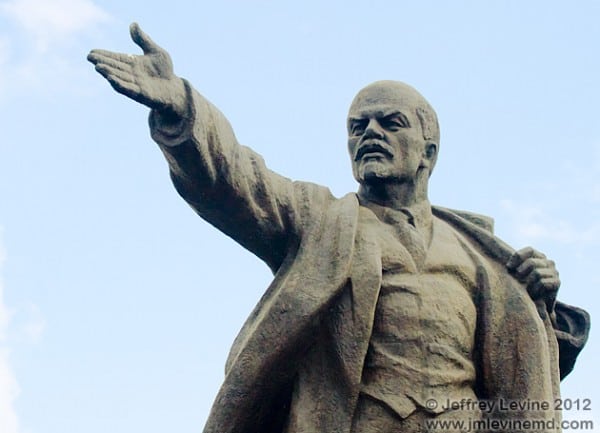 The recent history of this mountainous country is closely intertwined with Russia. In 1864 Kyrgyzstan became part of the Russian Empire under Czar Nicholas II.  In 1918 after the Bolsheviks took the helm, socialism became law. In the ensuing years, nomads were forced to settle down, property was collectivized, and factories run by Russians were constructed. The Soviet regime introduced an educational system and new cultural institutions. Art featuring bold socialist imagery was used to reinforce communist ideology. 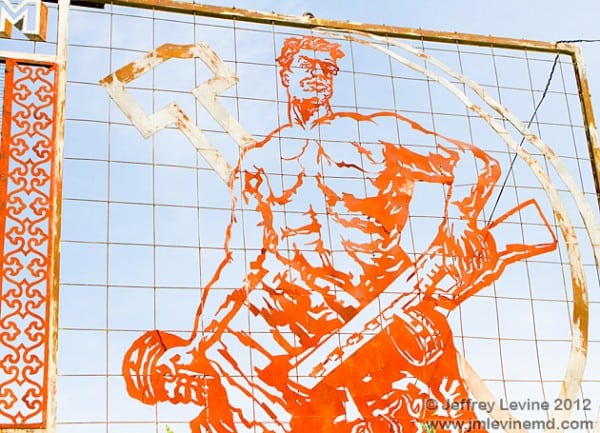 When the USSR collapsed in 1991 everything changed. Jobs that were guaranteed under socialism disappeared. Factories were shuttered, their interiors gutted and contents sold to other countries. Unemployment skyrocketed as the economy fell on hard times. 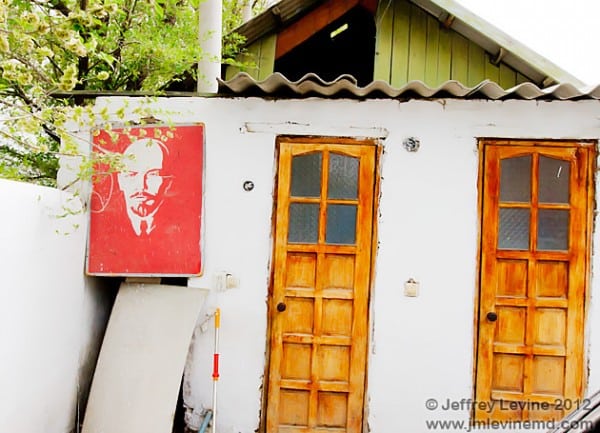 One interesting remnant of the Soviet educational system is the school uniforms on boys and girls in the countryside, which students still wear. In eastern Kyrgyzstan I passed a rusting sculpture of a rocket, possibly related to the Russian uranium mines that powered their space and defense programs. In a village on the south side of Lake Issyk-Köl I found a poster featuring Lenin tacked onto an outdoor bathroom. 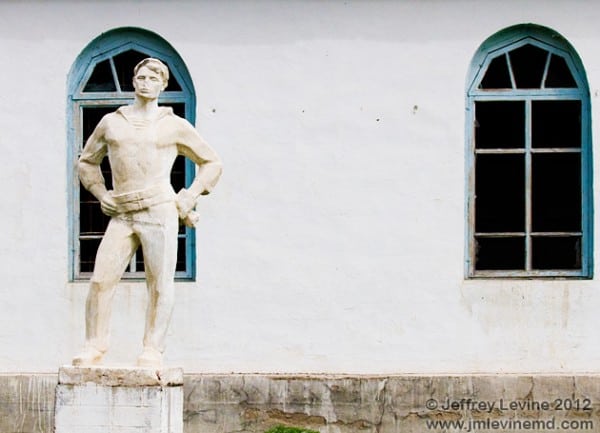 I grew up in Jersey City, an urban landscape with hulking relics of a faded industrial past. From a child’s eye these looming structures introduced me to the emotional impact of visual imagery. I’ve since been interested in the powerful social role of art and how it can be harnessed to inform and teach. Perhaps this is why I took such interested in the crumbling and faded Soviet relics of Central Asia.